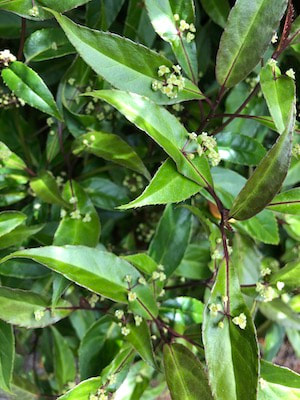 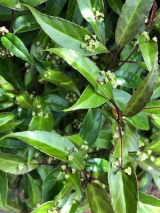 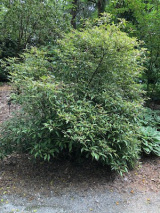 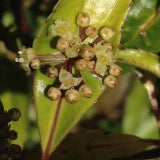 Helwingia chinensis is an evergreen shrub located in Bed 127A of the Sino-Himalayan Garden. It flowers in late May-early June. The small white flowers bloom in the centre of the leaf. This is a rare phenomenon called epiphylly. Epiphylly is an adaptation that assists in pollination by small insects.

The plant is named after Georg Andreas Helwing, a 17th-century Prussian botanist, who never knew about this plant. H. japonicus was introduced into Europe by Phillip von Siebold in 1830, and our H. chinensis only appeared on the Western scene in the 20th century, especially due to the plant-finding expeditions of Dan Hinkley in China.

The genus name is pronounced with a soft g.