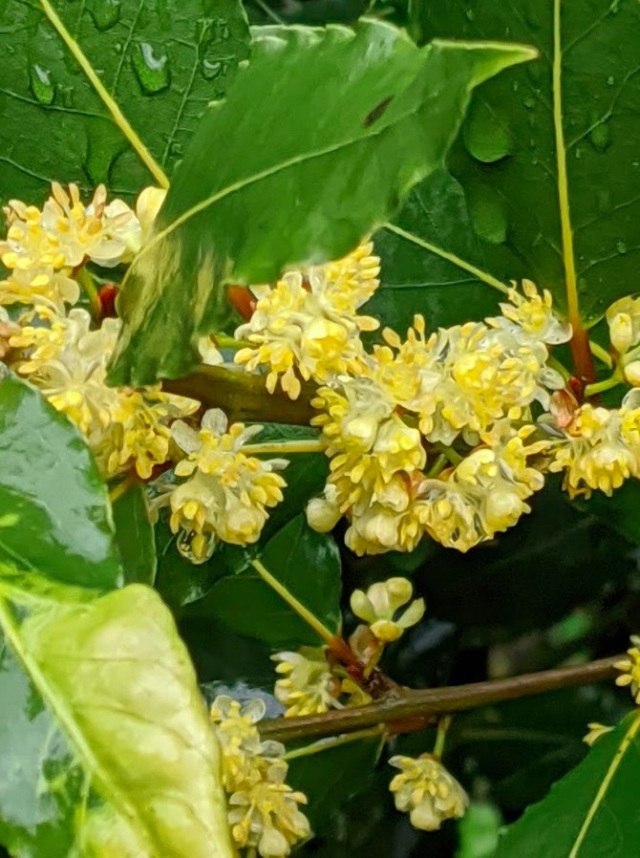 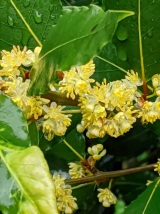 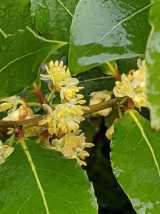 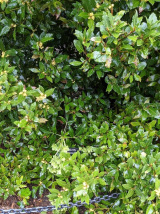 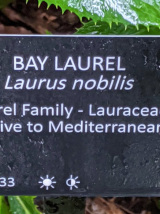 Laurus nobilis is an evergreen tree or large shrub native to the Mediterranean and has been cultivated since ancient times. Its aromatic leaves are used in cooking.

Erica writes: "Bay Laurel was a sign of honour or victory in Roman times, as laurel was the symbol of Apollo. French children graduate after taking the Bacca (fruit) Laureate (covered with leaves); this comes from medieval times when students were awarded with the berried branches of the laurel."

Photo of leaves by Gerald Straley, 1980, in the Herb Garden, City of Vancouver Archives