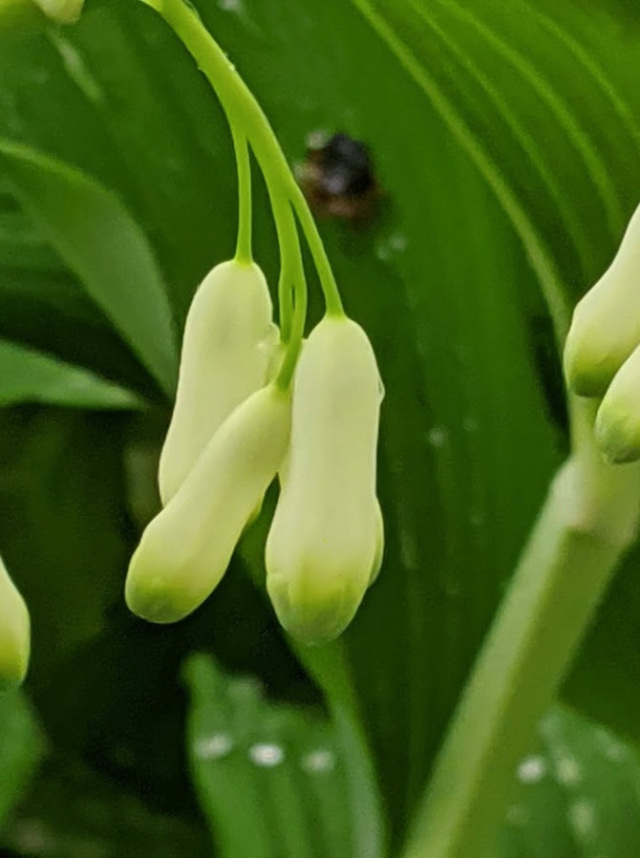 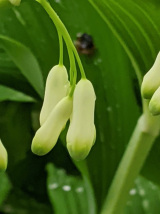 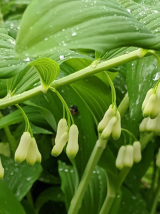 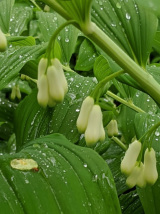 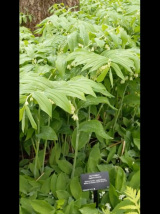 Polygonatum is a genus of flowering plants. Its Latin name comes from the ancient Greek for "many knees," referring to its multiple jointed rhizome. One explanation for the common name "Solomon's seal" is that the roots bear depressions similar to royal seals. Another is that the cut roots resemble Hebrew characters. The bell-shaped, creamy white flowers in early spring are followed by black or dark red berries. It used to be in the same family as lily of the valley.

The plant has been used medicinally since ancient times.

The garden has a number of different species in shady areas such as the Woodland Garden, the Eastern North American Garden and the Japanese Maple area. Those species include P. biflorum, P. inflatum, P. odoratum.