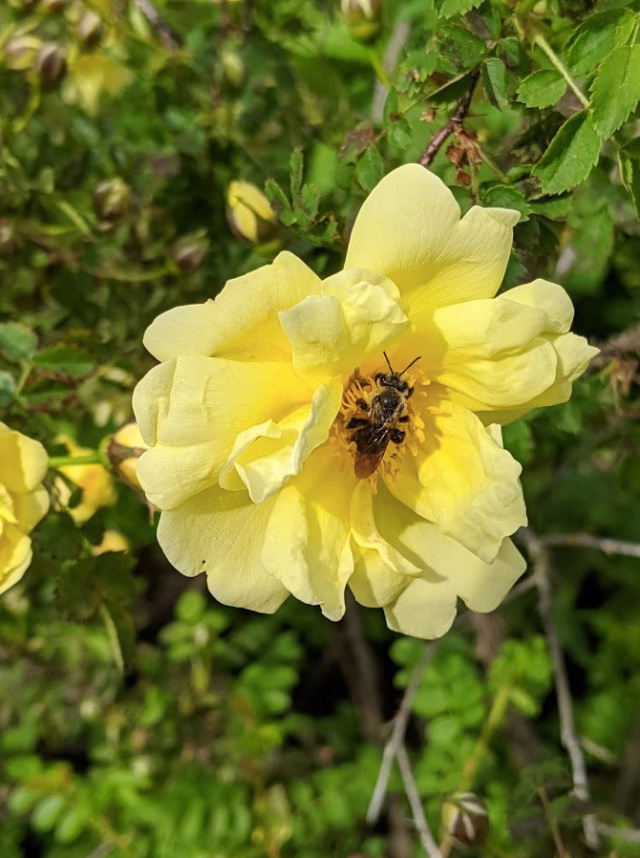 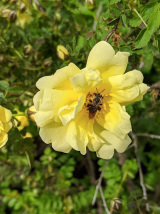 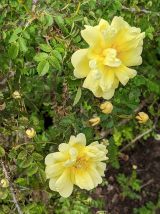 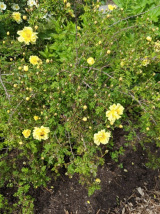 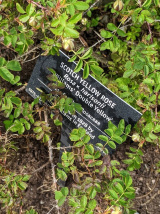 Rosa x harisonii 'Williams' Double Yellow' has very fragrant flowers that are bright yellow and spotlight one of the beds in the Heritage Rose Garden. It was bred in England in the early 19th century. The flowers have green carpels in the centre.

There is some controversy about its botanical name. Some say it is R. spinosissima, but rose expert Graham Stuart Thomas called it R. pimpinella lutea plena. R. x harisonii is the yellow rose of Texas, an American rose that was found in the garden of George Harison in early 19th century New York. It has yellow stamens but is very similar to our old Scots rose.