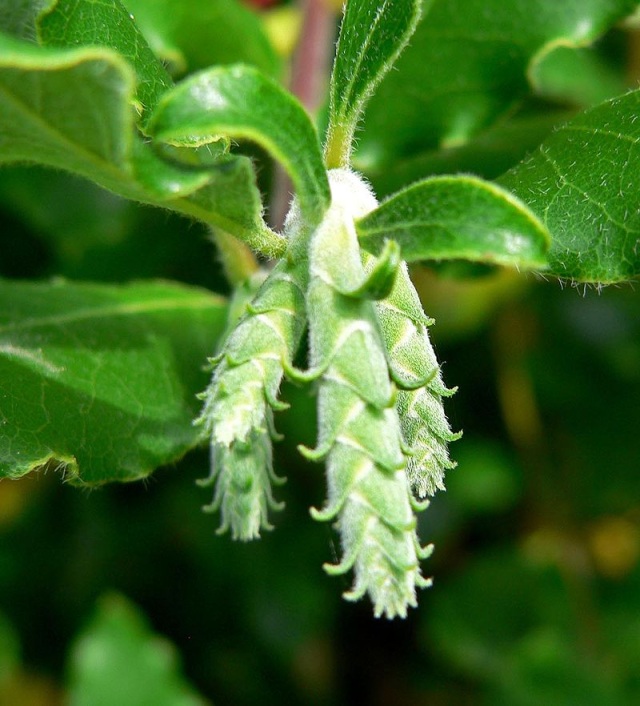 Arching over the green Jade Water Fountain just before the wooden bridge is a 12 - silk tassel bush (Garrya elliptica ‘James Roof’).  The species is native to the American West Coast and was named for Nicholas Garry, a secretary of the Hudson’s Bay Company, who organized expeditions to North America for plant hunters in the 19th century. It tends to be overlooked nowadays as a landscape plant, even though it is a hardy, salt-tolerant, handsome evergreen with long, striking drooping catkins. A little pruning can deal with any winter damage and size control. February/March 2020 Self-guided Tour, Contributor: Vivien Clarke

James Roof was the founding director of Tilden Regional Parks Botanical Garden, near Berkeley, California, where this form was first found.