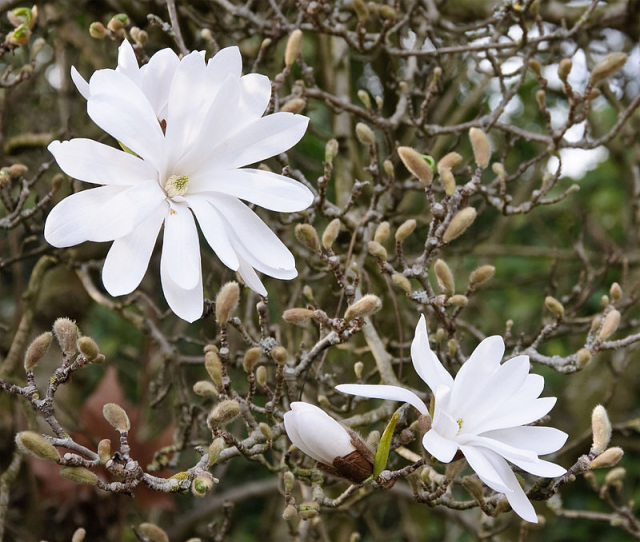 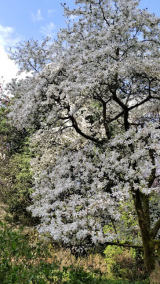 Magnolia stellata is an endangered species native to Japan and grows wild along streams and bogs near Ise Bay on Honshu, Japan’s largest island. Its dozen or more petal-like tepals form star-shaped, snowy-white or pink, slightly fragrant flowers in February to April before leaves appear. Even though it can grow in light shade, this tree blooms best if it has a minimum of four hours sunlight per day. The roots grow fairly close to the soil surface, so they don’t tolerate a lot of disturbance. Pruning should only be done lightly, if at all, and only in mid-summer or early fall so the tree has a chance to harden up before the winter. Here the tree is at the entrance to the Perennial Garden, so take some time checking out what is making an appearance in both the formal (in front of the yew hedge) and informal (individual beds opposite) sides of the Perennial Garden. ​