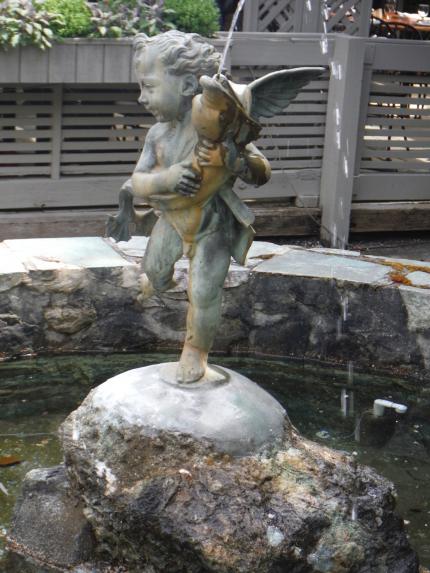 The Puttino Fountain (Boy with a Dolphin) is a reproduction of a 15th-century sculpture by Andrea del Verrocchio which stands in the Palazzo Vecchio coutyard in Florence. It was purchased in Italy then donated to the Garden by Mr. and Mrs. Paul Pitcher in 1980 in honour of the UN's Year of the Child. It was repaired in 2017 when the Children's Garden was transformed into the Backyard Bird Garden.

'Puttino' is a diminutive form of 'putto', a chubby male child, usually naked and often with wings. History of the original. Leonardo da Vinci served his artistic apprenticeship in Verrocchio's workshop. In those times, the master often took credit for his students' work. Who knows, maybe da Vinci was involved with our Puttino?

Photo by Heide Dobler for the City of Vancouver.