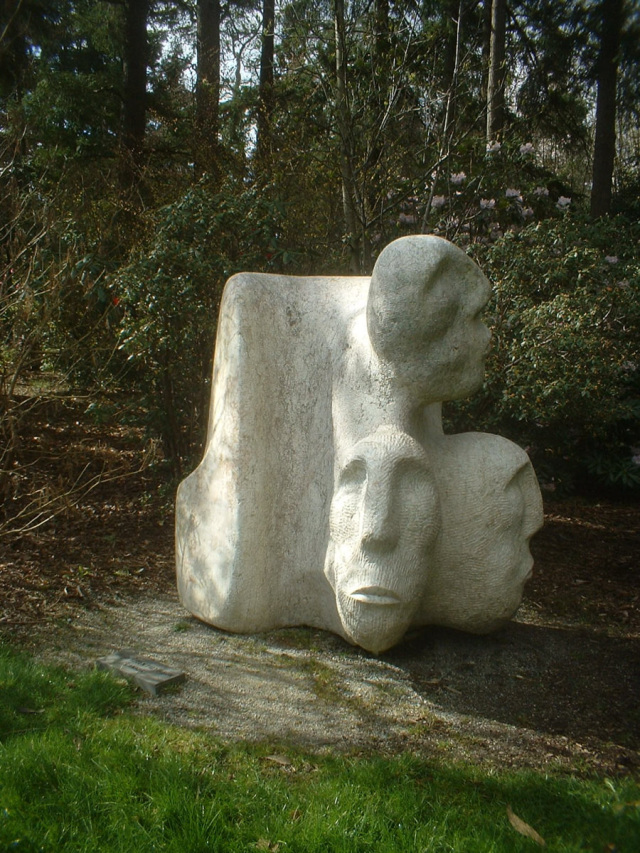 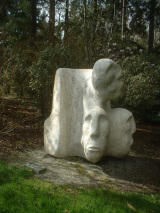 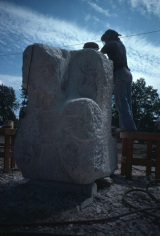 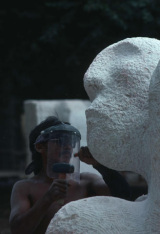 Observing Your Society was created by David Ruben Piqtoukun (1950-  ), an Inuit artist/sculptor representing Canada at the 1975 Stone Sculpture Symposium. He was the youngest artist at the Symposium, and this was the biggest stone he had ever carved at the time. (Rumour also has it that he sped around the streets of Vancouver that summer in a snappy sports car.) The work was created in white marble and represented his northern outlook on the way of life of his southern neighbours, with the three faces looking in different directions and observing the progress of society.

Piqtoukun has enjoyed a very successful career bringing together both modern and traditional Inuit elements in his extensive work. One of his pieces graces the lobby of the Canadian Embassy in Washington, D.C.

Photo by Midge Oke. 1975 photos from the City of Vancouver Archives.