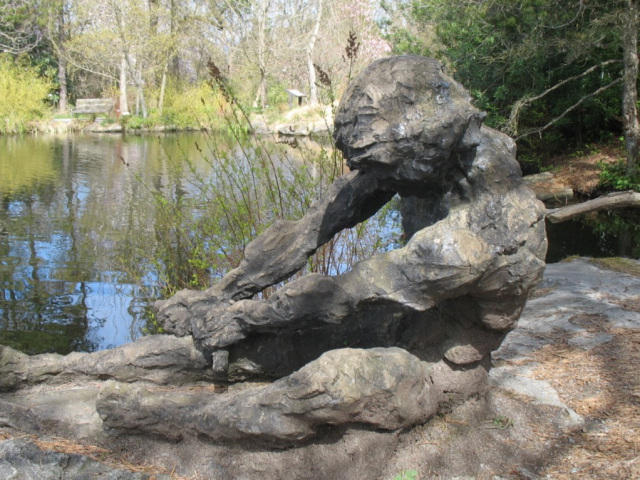 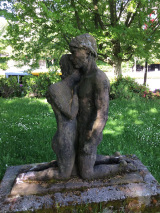 Fisher (Fisherman) Hauling in the Net

Fisher Hauling in the Net by Gerhard Juchum (1932-1977) was given to the Garden by the artist in 1976. The fisherman, modeled in clay and then cast in bronze, struggles to pull in a non-existing net heavy with imaginary fish from the pond beside which he is situated. Mr. Juchum arrived in Vancouver from Romania in 1968 and died in a car accident on Hwy 99 in 1977 when dense smoke from a bog fire caused a chain-reaction collision. During his brief career in Canada he produced more than 100 sculptures.

Another one of his sculptures, ‘Lovers’, is on the grounds of City Hall on the north side east of Cambie.