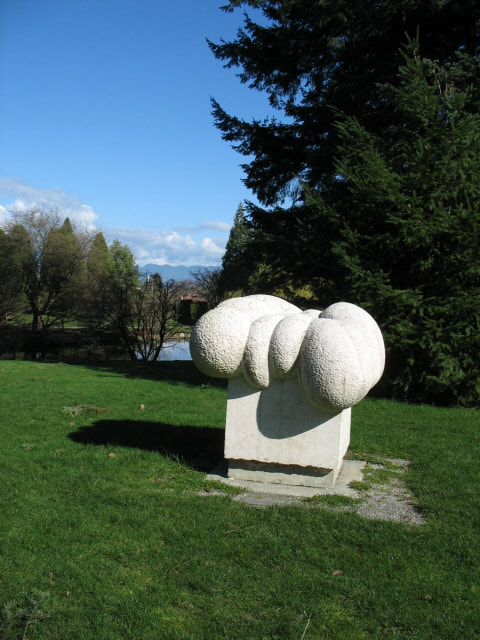 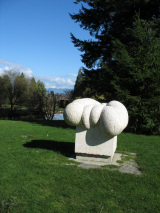 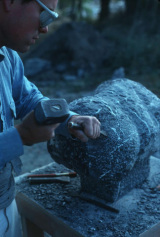 Developing Form was sculpted in white marble by Michael Prentice (1944 -  ) for France in the 1975 Stone Sculpture Symposium. This sculpture fascinates visitors and has generated more irreverent nicknames than any other piece in the Garden.

Prentice is an American-trained sculptor who lived in Paris for 30 years where he directed a sculpture atelier and created works all over the world. He later became a businessman in Houston and has been very active in revitalizing an inner city neighbourhood there using art and architecture.

Main photo by Midge Oke. 1975 photos from City of Vancouver Archives. (Note the 1975 photo with the new plantings around it.)