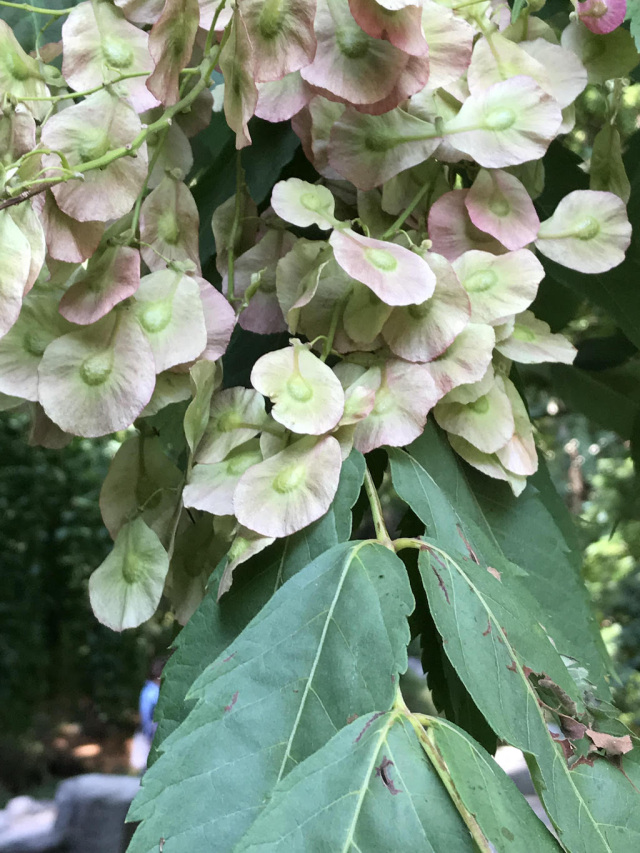 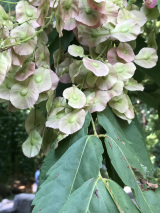 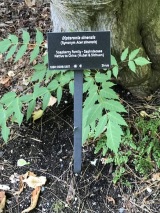 Dipteronia sinensis is a plant species in the genus Dipteronia, endemic to mainland China, and regarded in the soapberry family Sapindaceae sensu lato after Angiosperm Phylogeny Group (APG I 1998, APG II 2003) and more recently (Harrington et al. 2005) [2]), or traditionally by several authors in Aceraceae, related to the maples.

Dipteronia sinensis is a deciduous flowering shrub or small tree, reaching 10–15 m tall. The leaf arrangement is opposite and pinnate. The inflorescences are paniculate, terminal or axillary. The flowers have five sepals and petals; staminate flowers have eight stamens, and bisexual flowers have a two-celled ovary. The fruit is a rounded samara containing two compressed nutlets, flat, encircled by a broad wing which turns from light green to red with ripening. (Information from Wikipedia)