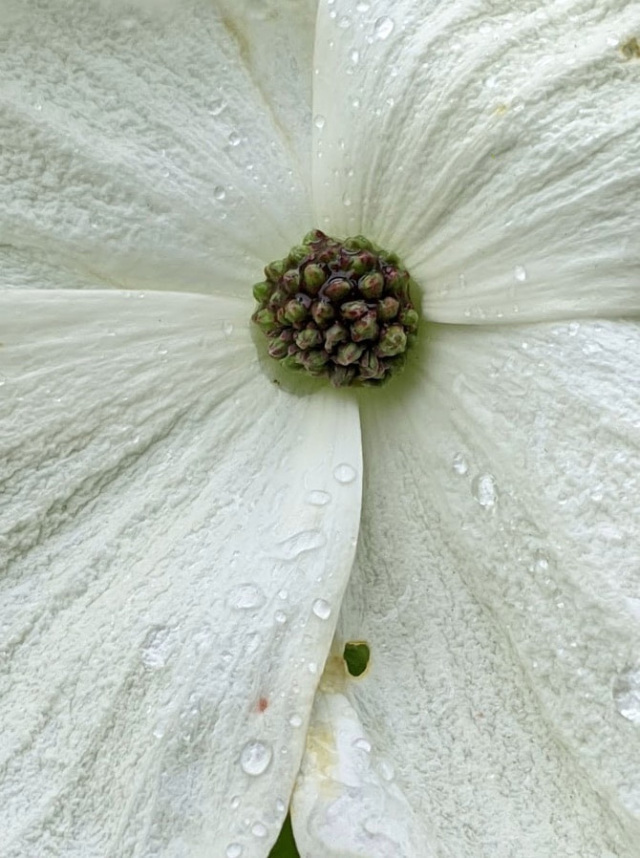 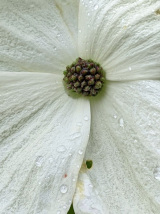 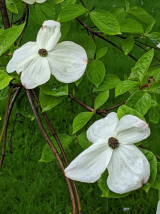 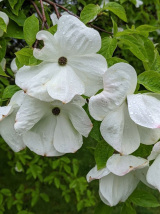 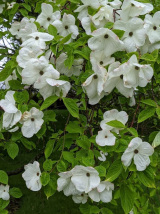 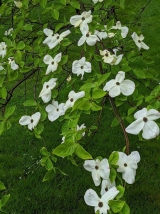 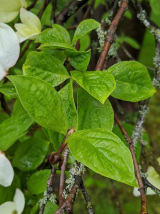 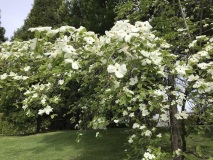 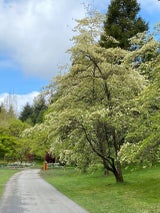 Cornus 'Eddie's White Wonder', was hybridized in Vancouver in the 1940s but was nearly lost in the Fraser River Flood of 1948. This hybrid has a striking floral display in early summer and is more disease resistant than its parents, our native Western dogwood, C. nuttallii, and the Eastern North American species, C. florida. One of the original 'Eddie's White Wonder' specimens is in the Canadian Heritage Garden, and three others are found across from the Sequoias at the north end of the Garden.