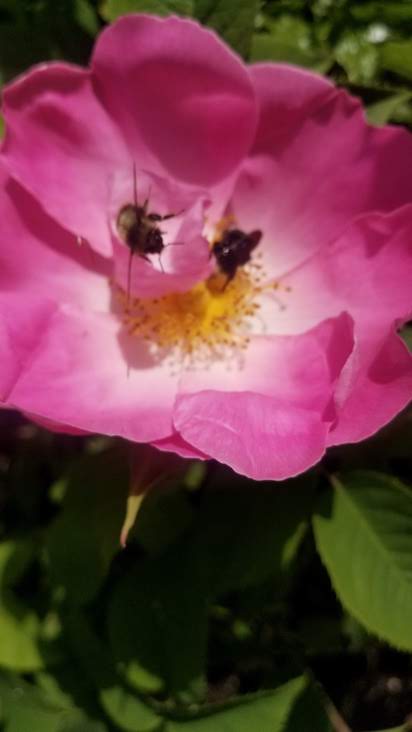 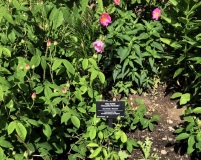 Rosa gallica 'Versicolor' has striking red and white flowers that are very fragrant when it blooms in June in the Heritage Rose Garden.

From Erica's notes: Rosa gallica gave rise to the centifolia, or cabbage, rose and its offspring, and comes from Gaul. Of historical interest, it is represented in the Red Rose of Lancaster, and as Rosa Mundi, named after Henry II's mistress Rosamund, supposedly killed by his jealous Queen. We also see it as Rosa gallica versicolor, the red and white rose denoting the end of the War of the Roses between the Houses of Lancaster and York, represented by the red rose and white respectively. This rose sport appeared miraculously and was seen as a much needed omen of peace.