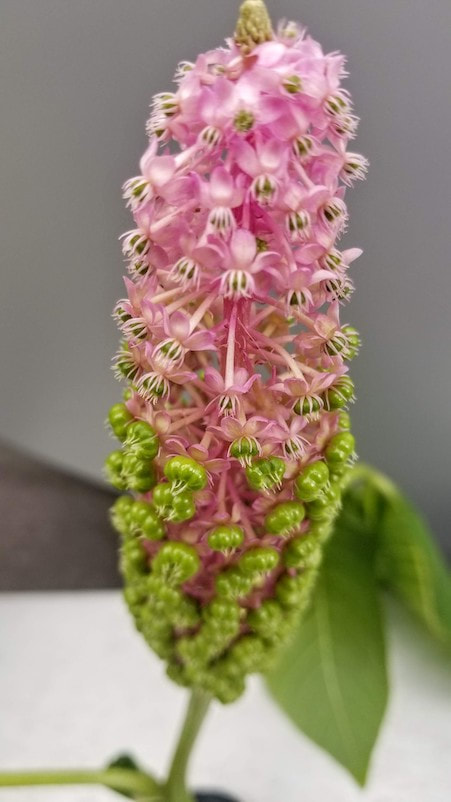 Phytolacca polyandra is a large perennial tucked away at the western end of the Meconopsis Dell. It produces racemes of green and pink flowers which develop into inky blue berries in late summer that are very juicy. The juice has been used as an ink and also as a dye. The name 'Phytolacca' comes from the Greek 'Python' meaning 'plant' and the Latin 'Lacca' meaning 'red dye.' 'Polyandra' means 'many stamens.'

The common name 'pokeweed' comes from the Algonquian word 'poughcone' meaning a plant used for dyeing. The First Nations were referring to the native P. americana, but the common name has expanded to the whole genus.