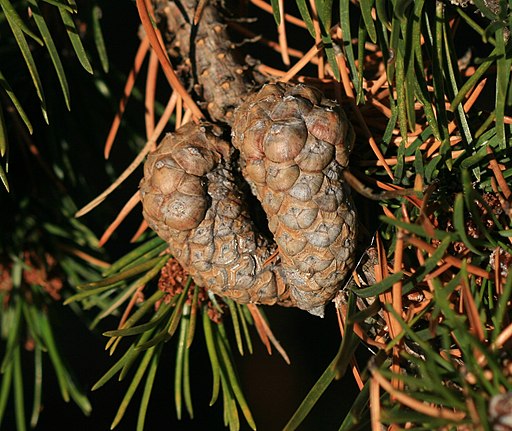 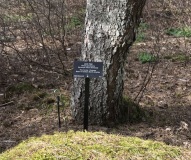 Pinus banksiana is native to central and eastern North America, including northeastern BC. It is the most widely distributed pine in Canada and is the subject of Tom Thomson's famous painting, The Jack Pine (photo in the public domain).

It is native to much of northeastern North America and grows further north than any other native pine. It grows in poor soil, has stiff, short, curved needles and curved cones.

Photo of cones by S. Rae, via Wikimedia Commons

Photo of female cone by Crusier, via Wikimedia Commons