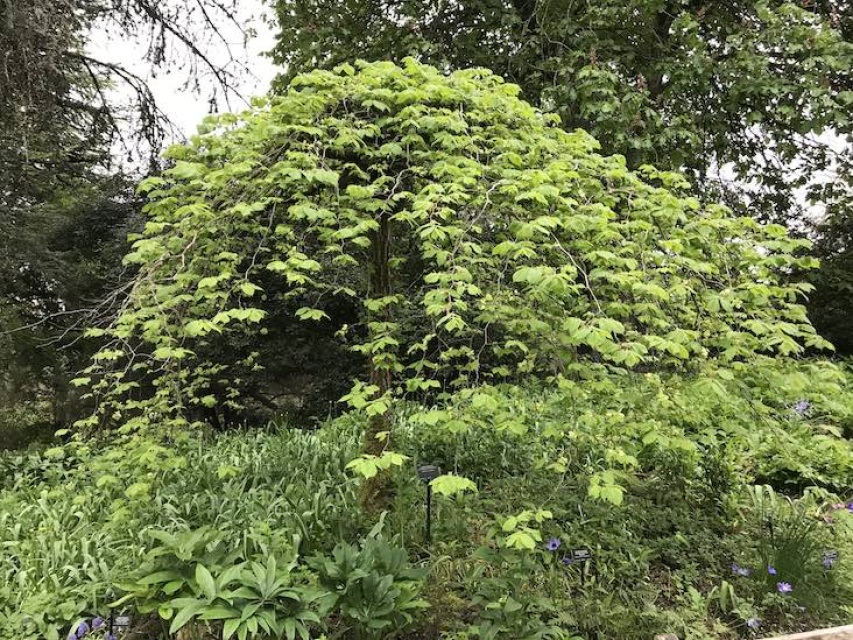 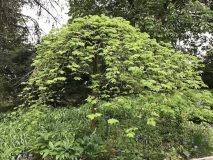 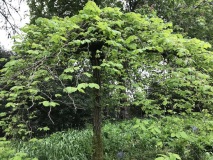 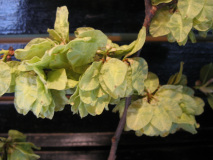 Ulmus glabra 'Camperdownii' has branches that weep nearly to the ground. In the early 19th century a contorted branch of a wych elm was discovered growing along the ground at Camperdown House in Scotland.  A cutting was taken of this odd mutation, and it continues to be propagated today, usually grafted onto wych elm root stock with its deeply grooved bark.

The Garden has two specimens, one in the Mediterranean Garden (photos) and the other near the Floral Hall. There used to be two Camperdowns marking the end of the Lavender Walk, but they were weakened by repeated insect infestations and removed in 2016.