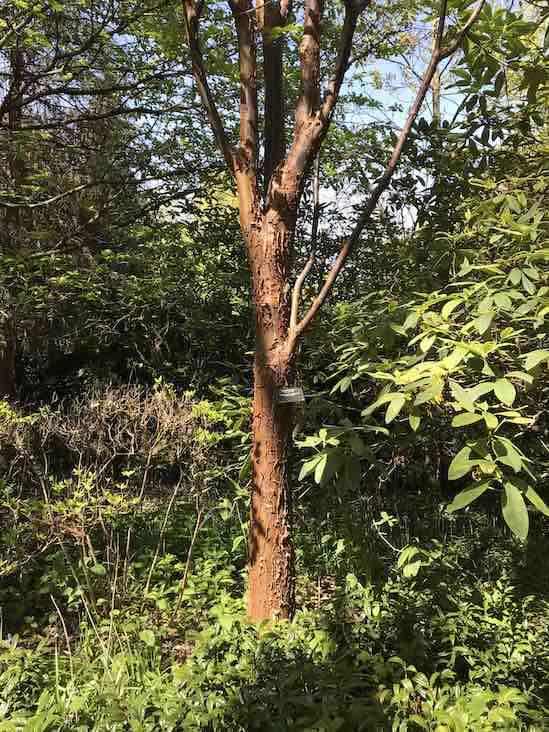 Acer griseum is a member of the maple family, native to China (and now endangered in its native habitat). It iis spectacular in winter when its thin copper-coloured bark peels away to reveal the cinnamon-colored wood beneath. Unlike typical maples, the leaves are trifoliate (divided into three distinct leaflets) and coarsely toothed. Several specimens are found along the Rhodo Walk.

The seed for this tree was brought back from China to England in 1899 by Ernest Henry 'Chinese' Wilson, and shortly thereafter it was introduced into North America by the Arnold Arboretum.

'Acer' is the Latin name for maple, and 'griseum' means 'gray', a reference to the greenish-gray down on the underside of new leaves.

Garden Story about the peeling bark.