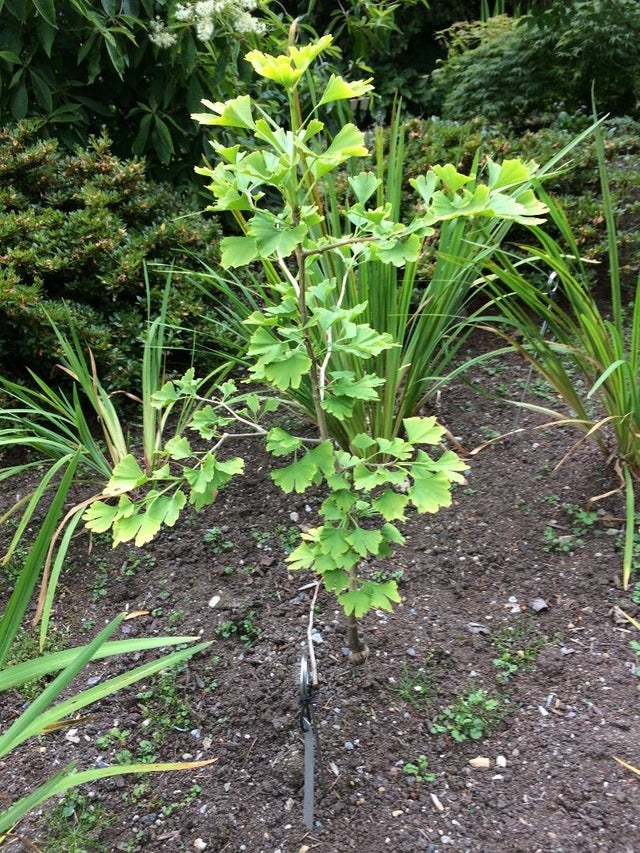 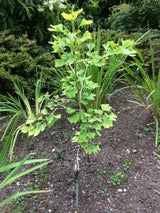 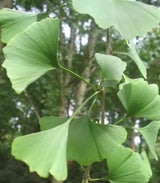 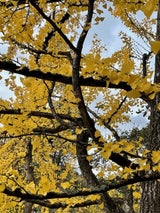 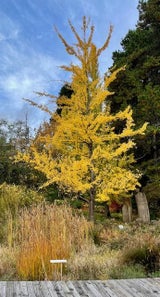 Ginkgo biloba ﻿dates back nearly 300 million years. Ginkgo comes from a Japanese word for 'silver apricot,' and biloba refers to the dual-lobed leaf. Its leaves turn a beautiful gold colour in the fall and often drop all at once.

Most of our ginkgos are quite tall. The tiny G. biloba at the east end of the Japanese Bed (85) was grown from the seed of a tree that survived the 1945 Hiroshima bombing. It was presented to the Garden by a coalition of Japanese and American Rotary Clubs (Heiwa/Rotary Hiroshima Survivor Trees) at the Rotary Presidential Conference in Vancouver 2018 and planted by Hiroshima survivor Mr. Jiro Kawatsuma and Rotary President Ian Riseley.

Evolution of the ginkgo [note: the 170 survivor trees include more than just ginkgos]

Ginkgo is used to improve circulation to the brain and has been found to aid dementia patients.

Ginkgo biloba 'Santa Cruz' is a ginkgo cultivar found in Santa Cruz, California. It has an umbrella shape and can be seen in the Meconopsis Dell.