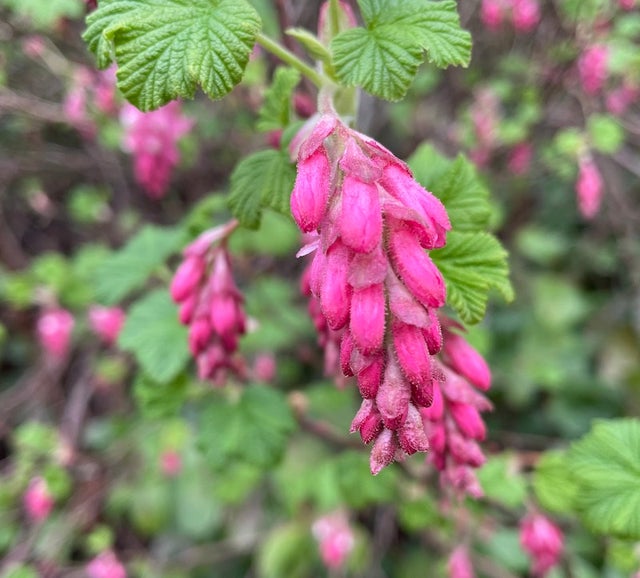 Ribes sanguineum is a deciduous shrub native to western North America. Its red flowers bloom as the leaves emerge in early spring. It was identified by Archibald Menzies in 1793 but introduced by David Douglas in 1828. Its flower clusters are distributed widely along its branches, which allows bird pollinators space to hover.

We have quite a few specimens in the Garden, some of which nod over the railing on the ramp from the restaurant to the Visitor Centre.