From Erica: Cypress are conifers, or cone-bearing ancients, but not all are evergreen; the Fossil or Dawn Redwood from China is one of these and drops its branchlets at the approach of winter. This tree is a very exciting one for us; as its name might indicate, it was thought to be extinct and was only known as a fossil which can be seen today in Manning Park displays. However, a small group of missionaries in China, amongst whom was one who was also a botanist, moved to a valley to avoid army troops, and, to their amazement, they found alive and happy the Fossil or Dawn Redwood, Metasequoia glyptostroboides, during World War II in China. In 1948, collected seed germinated at the Arnold Arboretum, and we are now able to enjoy this fine tree.  Read more about the Cypress.
[When Erica wrote these notes, the Taxodiaceae were considered a distinct plant family but have since been mostly merged into the family Cupressaceae.]

Erica's Original Notes: This collection of trees belongs to an interesting family of ancient lineage, the Taxodiaceae. Some 60 million years ago there were over 40 species in the world, and they covered a large part of the Northern Hemisphere. Now the family is much reduced, with two species which should be familiar to anyone who has been to California and seen the coastal Redwood Forests, Sequoia sempervirens and the giant redwoods, Sequoiadendron giganteum, of the dry Sierras. The latter have smaller leaves than the former, owing to their dry habitat, but both of them have decurrent, awl-shaped leaves. The Swamp, or Bald, Cypress, Taxodium distichum, of southeastern U.S.A. completes the American trio.

In 1702, James Cunningham, botanist, explorer and surgeon for the East India Company, discovered the China Fir, Cunninghamia lanceolata, an interesting link between the Sequoia and Araucaria; the foliage is similar to the latter, but the cones differ in that there are three seeds to a scale, whereas the araucaria has only one. They remain on the tree after shedding their seeds which ripen in one to two years. The foliage is retained for four to five years and drops off as branchlets. These trees are much valued for coffin-making, the wood being aromatic. 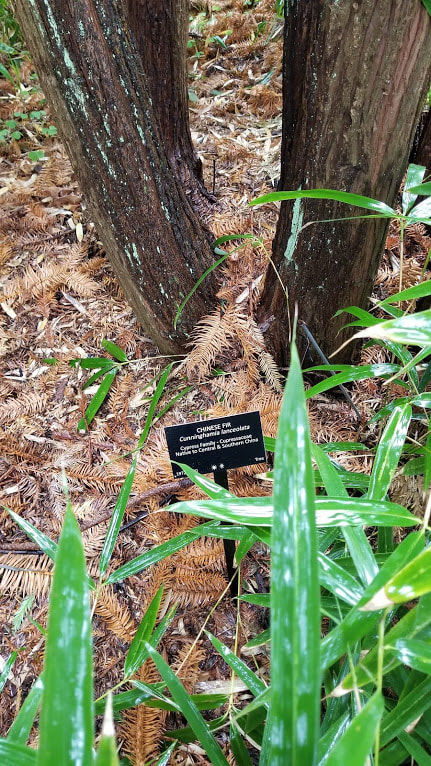 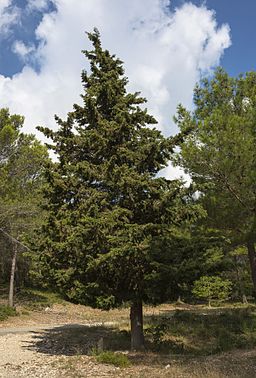 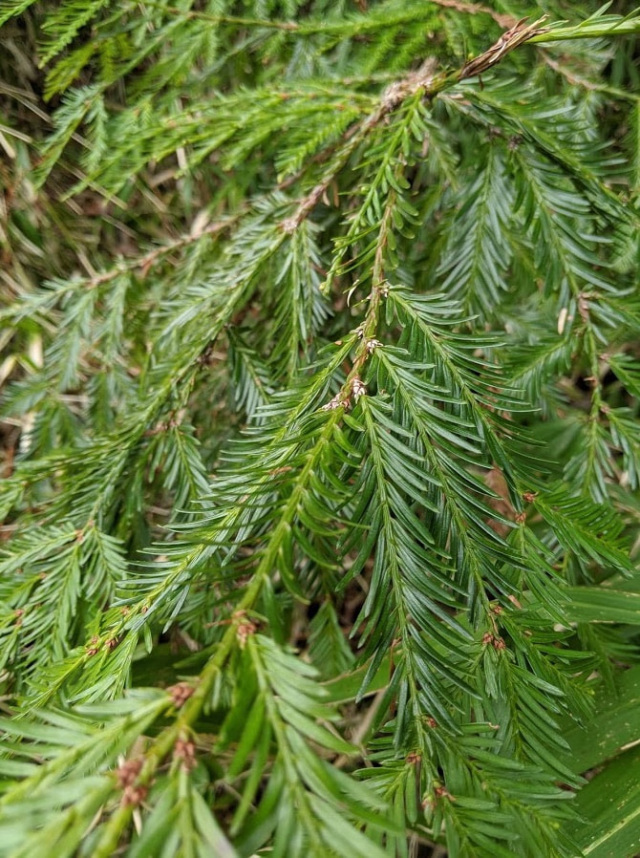 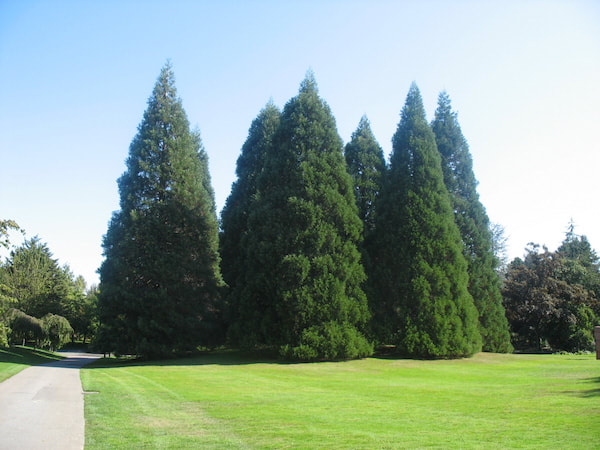 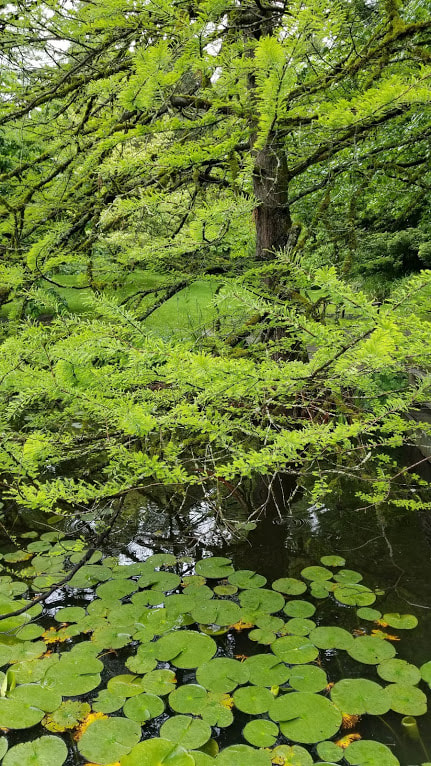 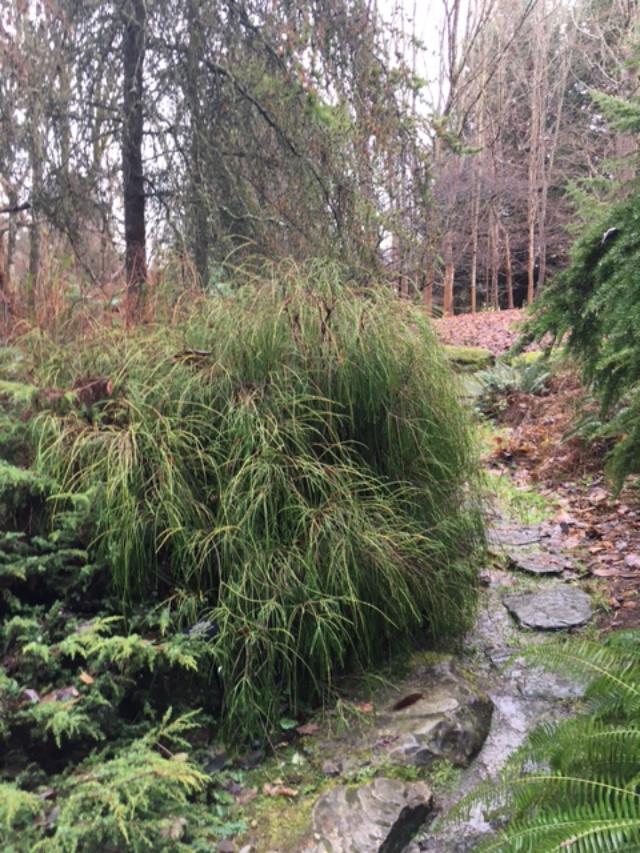 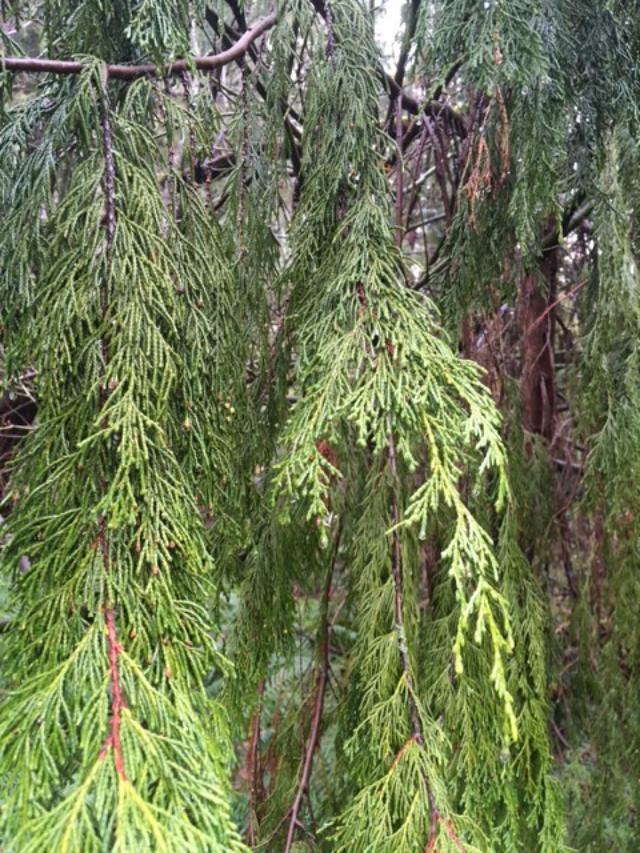